23 Hikers went to North Cascades Institute August 11 – 14, anticipating a good time with fellow hikers and some wonderful trails high in the North Cascades. We got all that, plus plenty of hot weather and smoke from various wildfires.  Many thanks to our organizers this year: Dianne, Margot and Lee.  Their work made everything go smoothly! 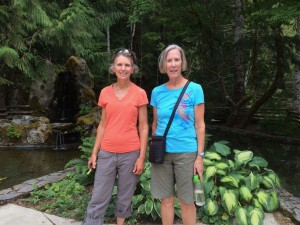 Some of us enjoyed the short trails at the North Cascades National Park Visitor Center and Ladder Falls before checking in at the NCI. 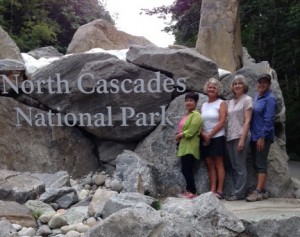 The first day of hiking had the group dividing between those who were headed for Cascade Pass (where the amount of smoke discouraged picture taking) and those who opted to stay near the Institute and hike the Diablo Lake and Sourdough Creek trails. Those who stayed closer to ‘home’ certainly had more time for happy hour – the Cascade Pass hikers were hurrying to make it to dinner! 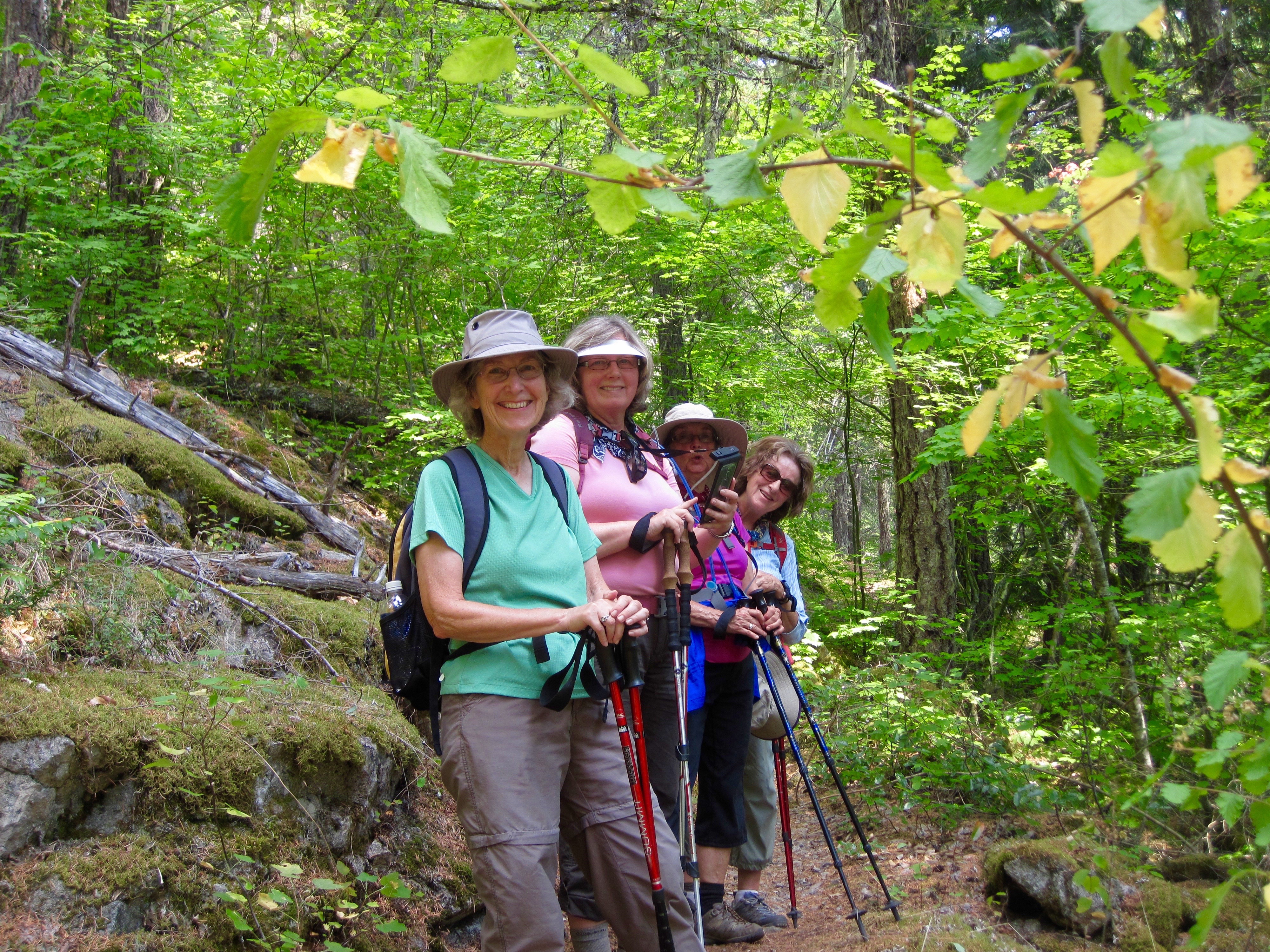 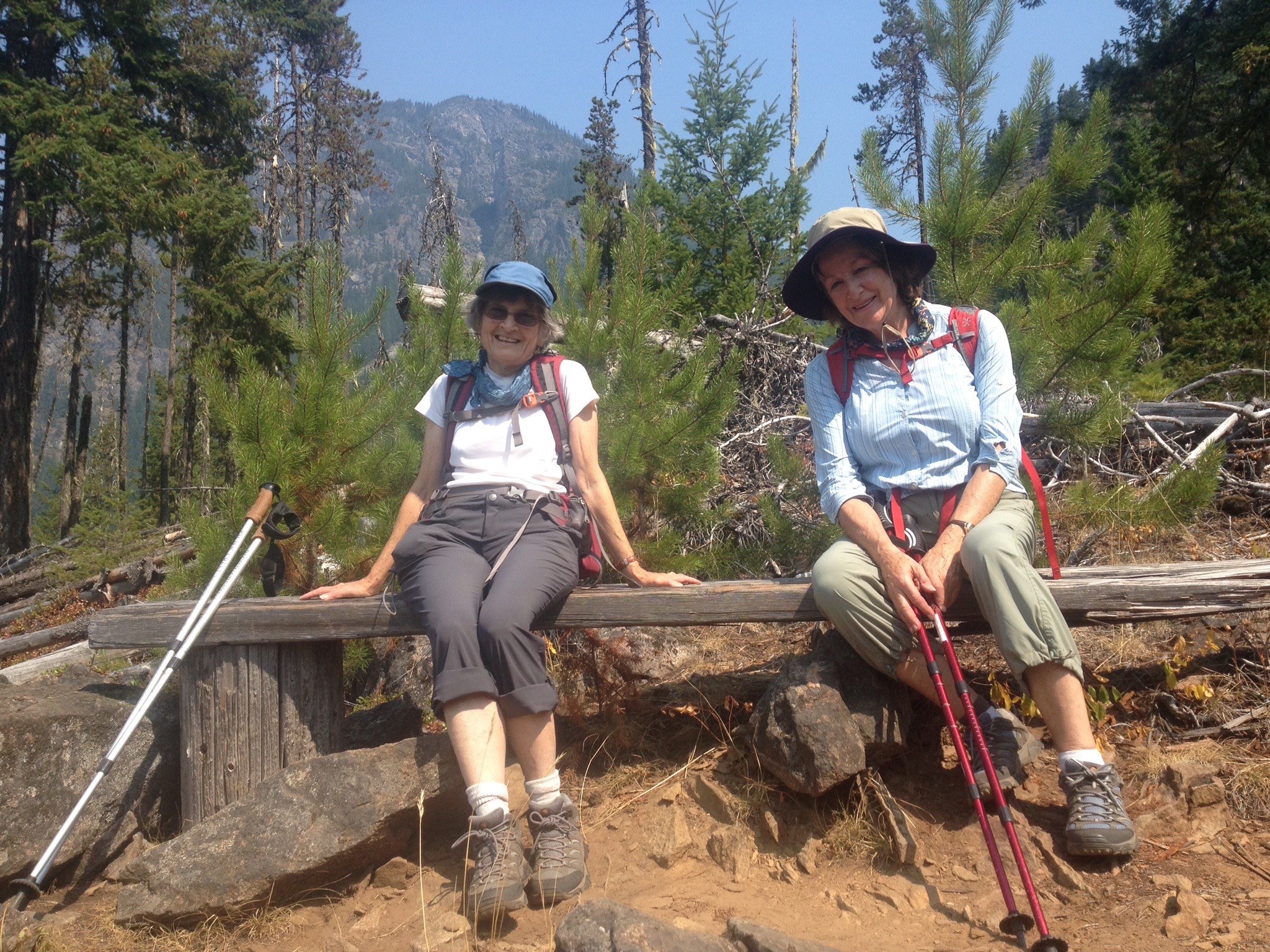 Rest point along the trail

Sometimes it was hard to know which way to go – the first hikers left clues for those who followed. 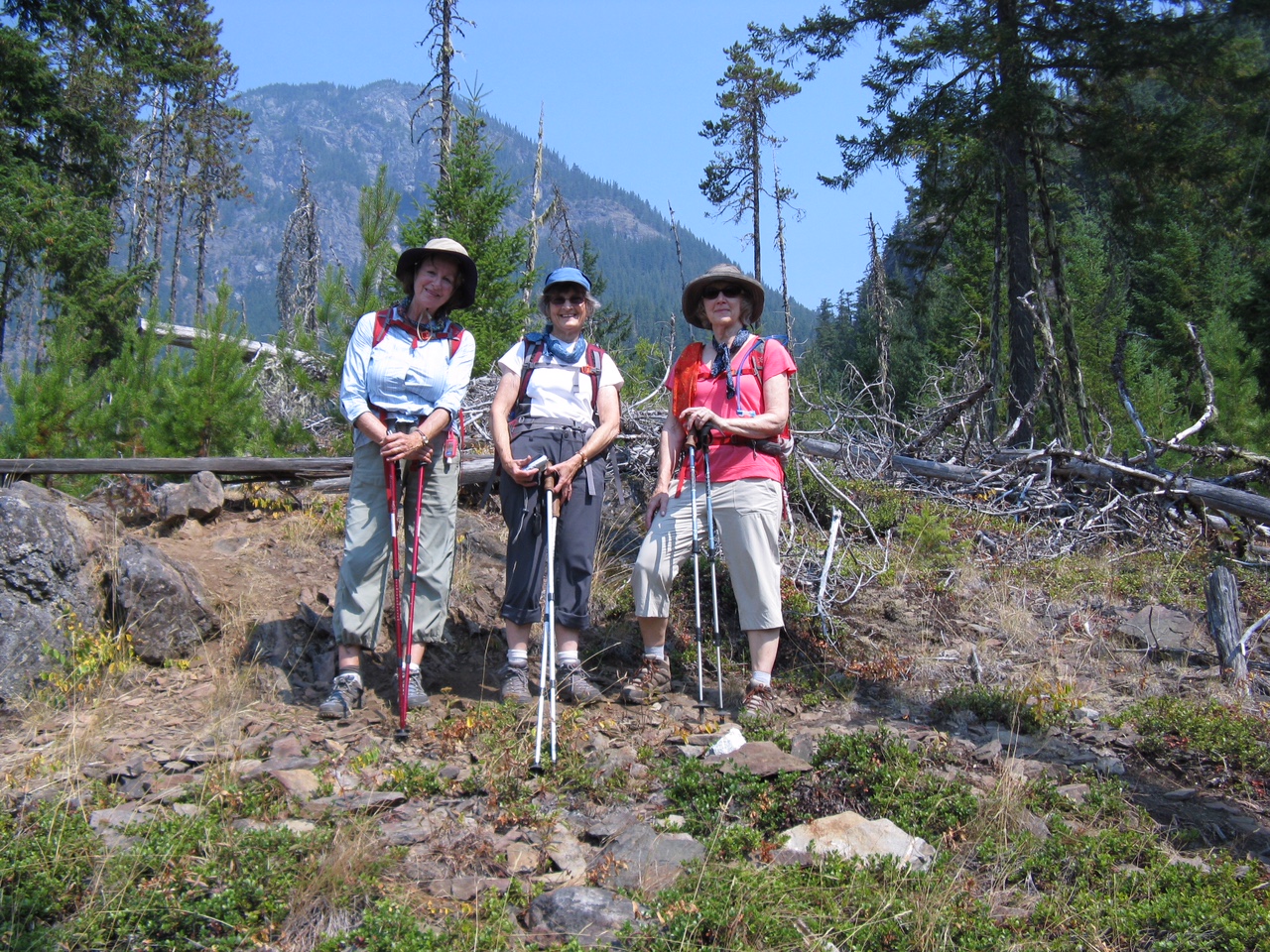 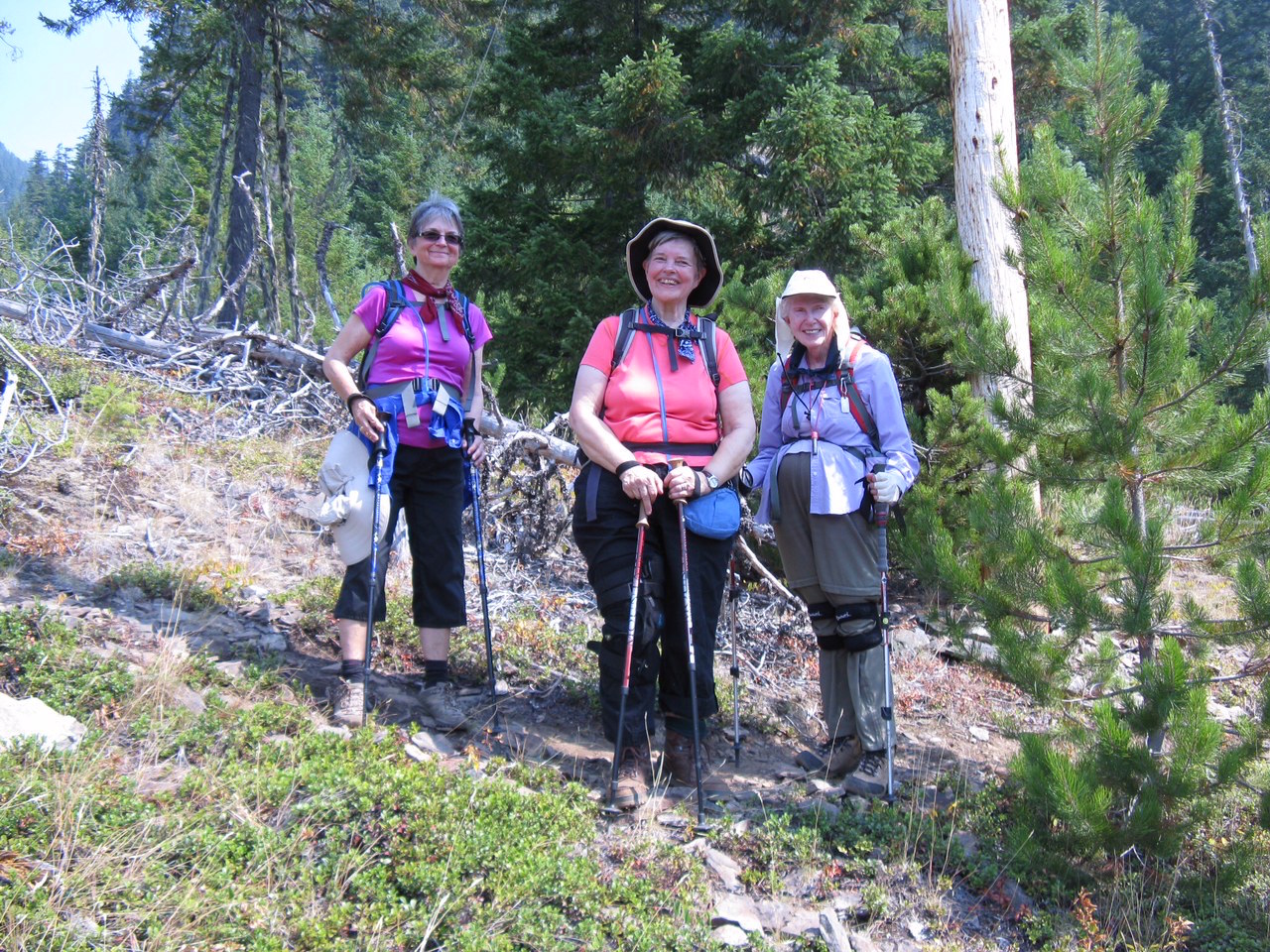 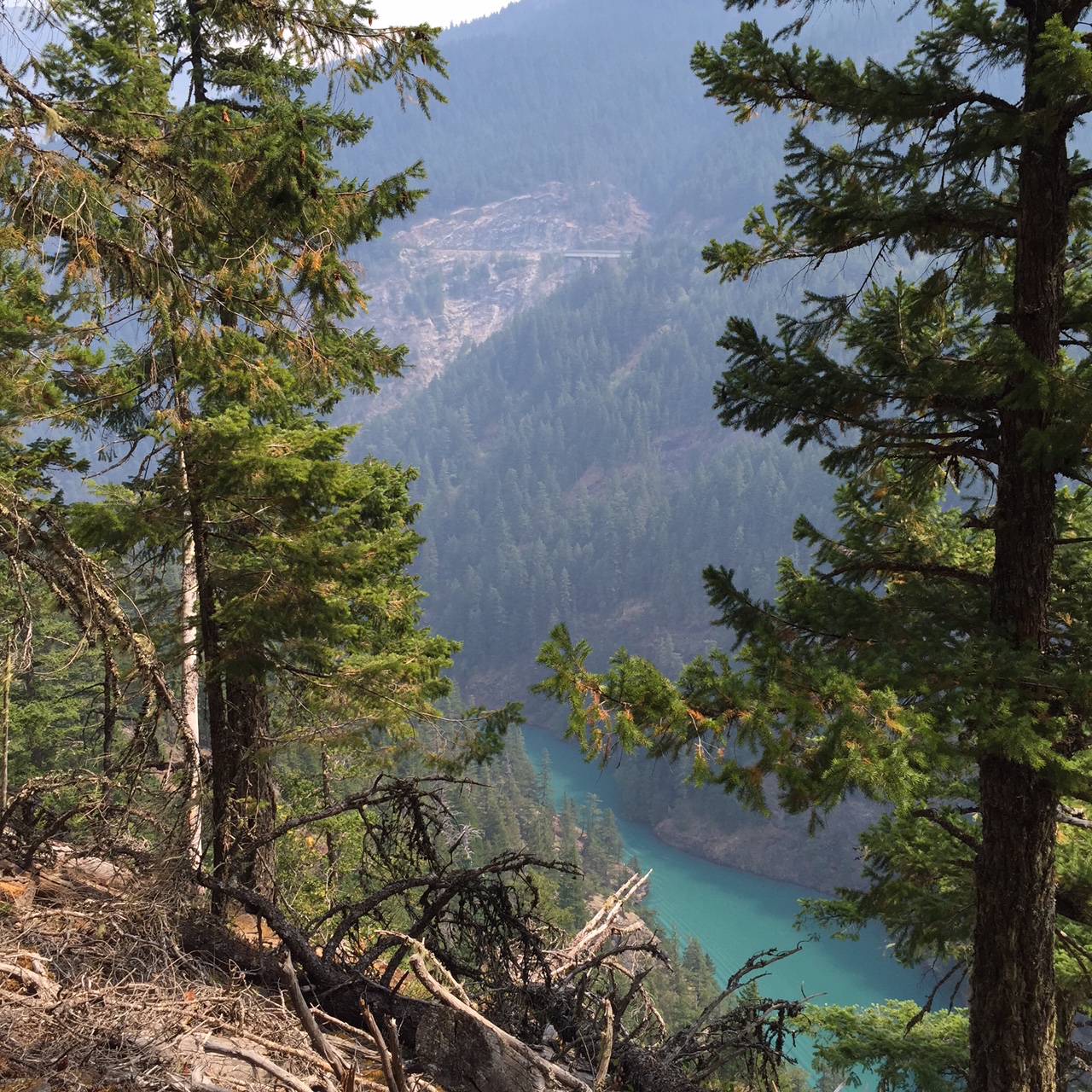 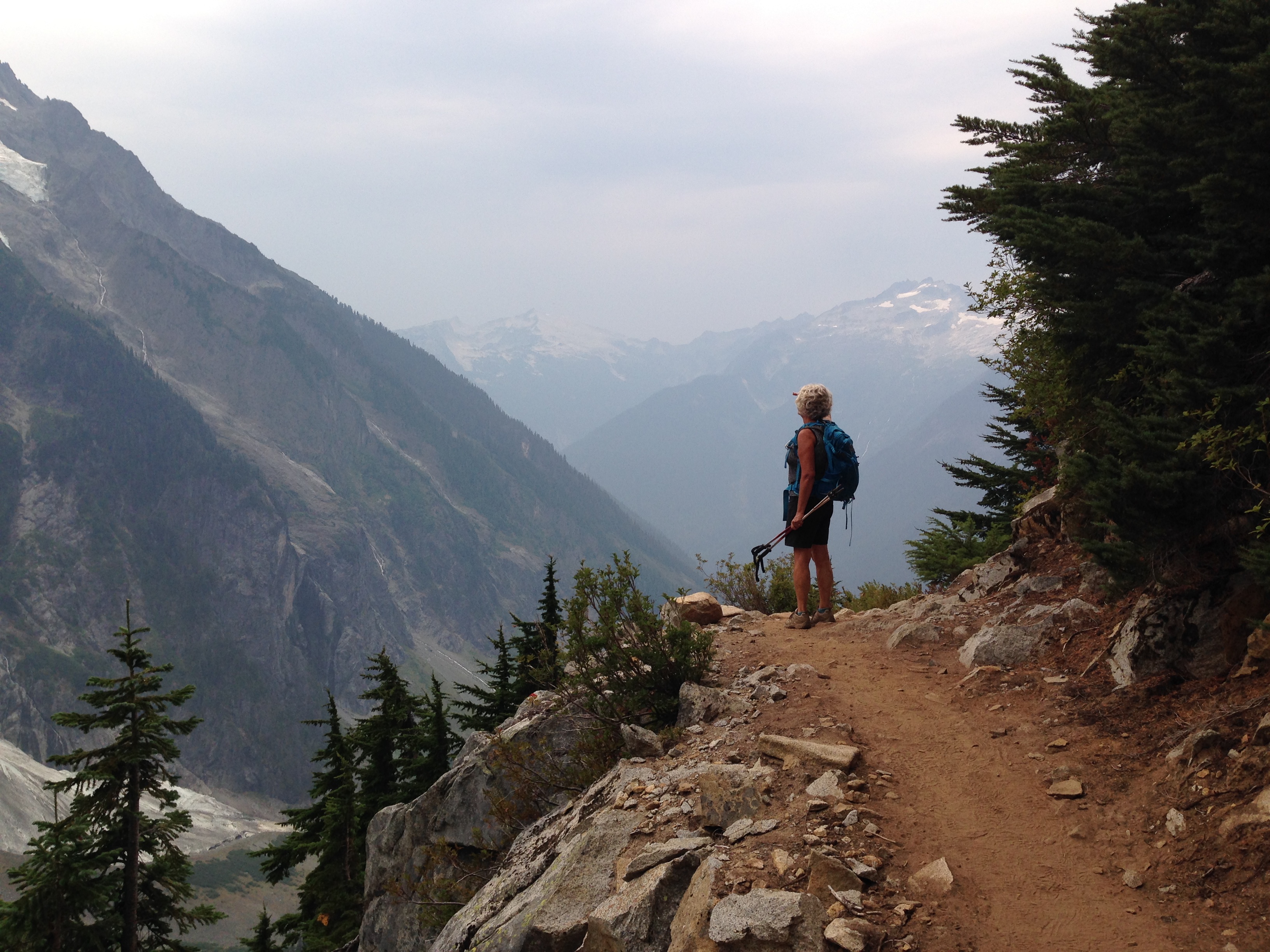 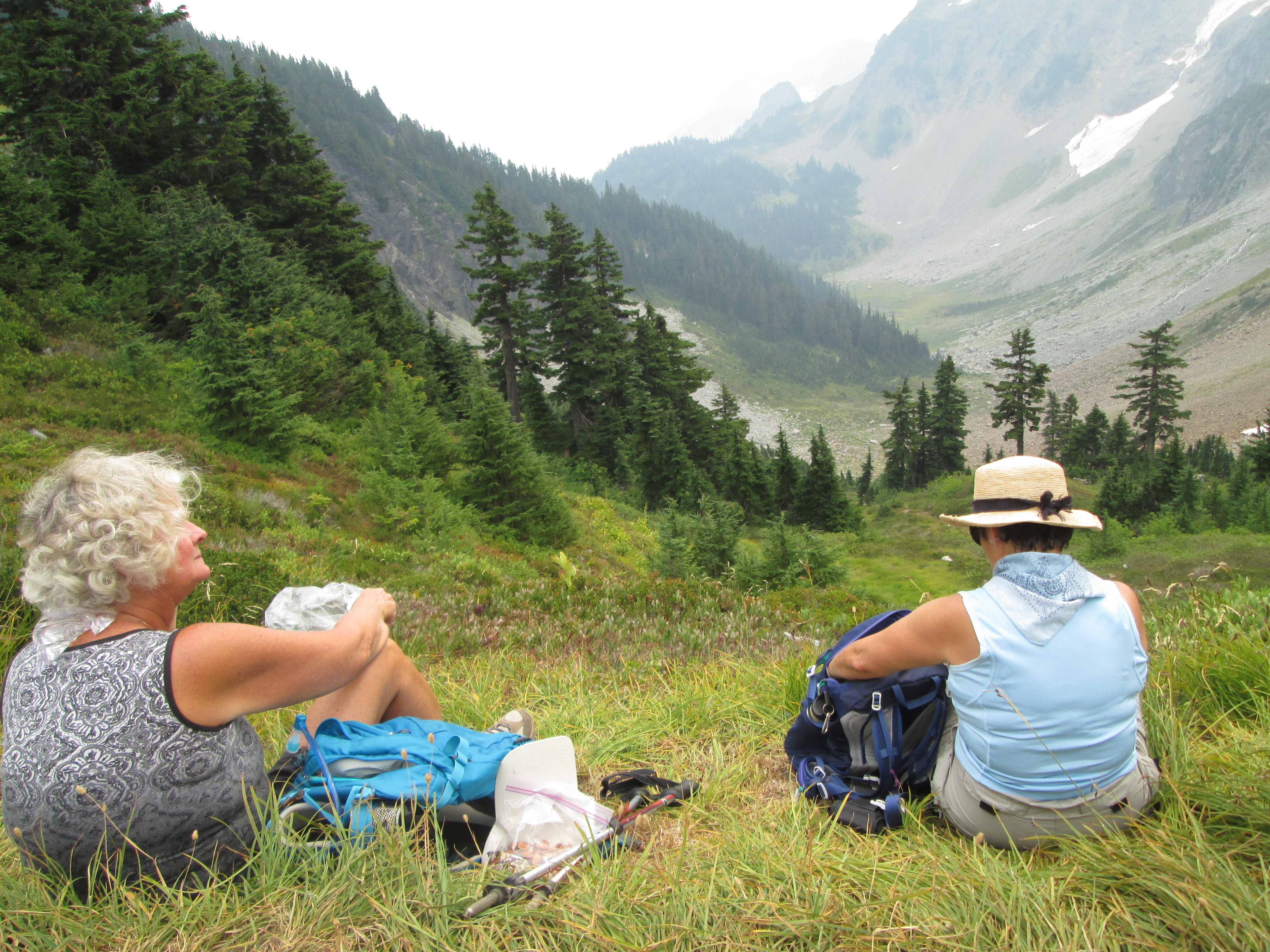 The group split again for the second day of the retreat, with the hardy headed to Heather Pass and/or on to complete the Maple Pass Loop, and the rest choosing to take a ferry ride on Lake Diablo. 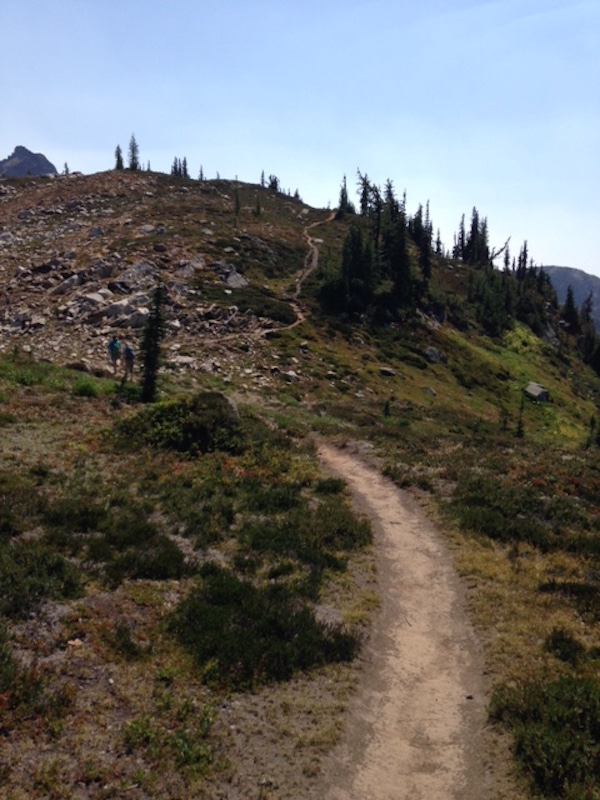 Along the ridge at Maple Pass 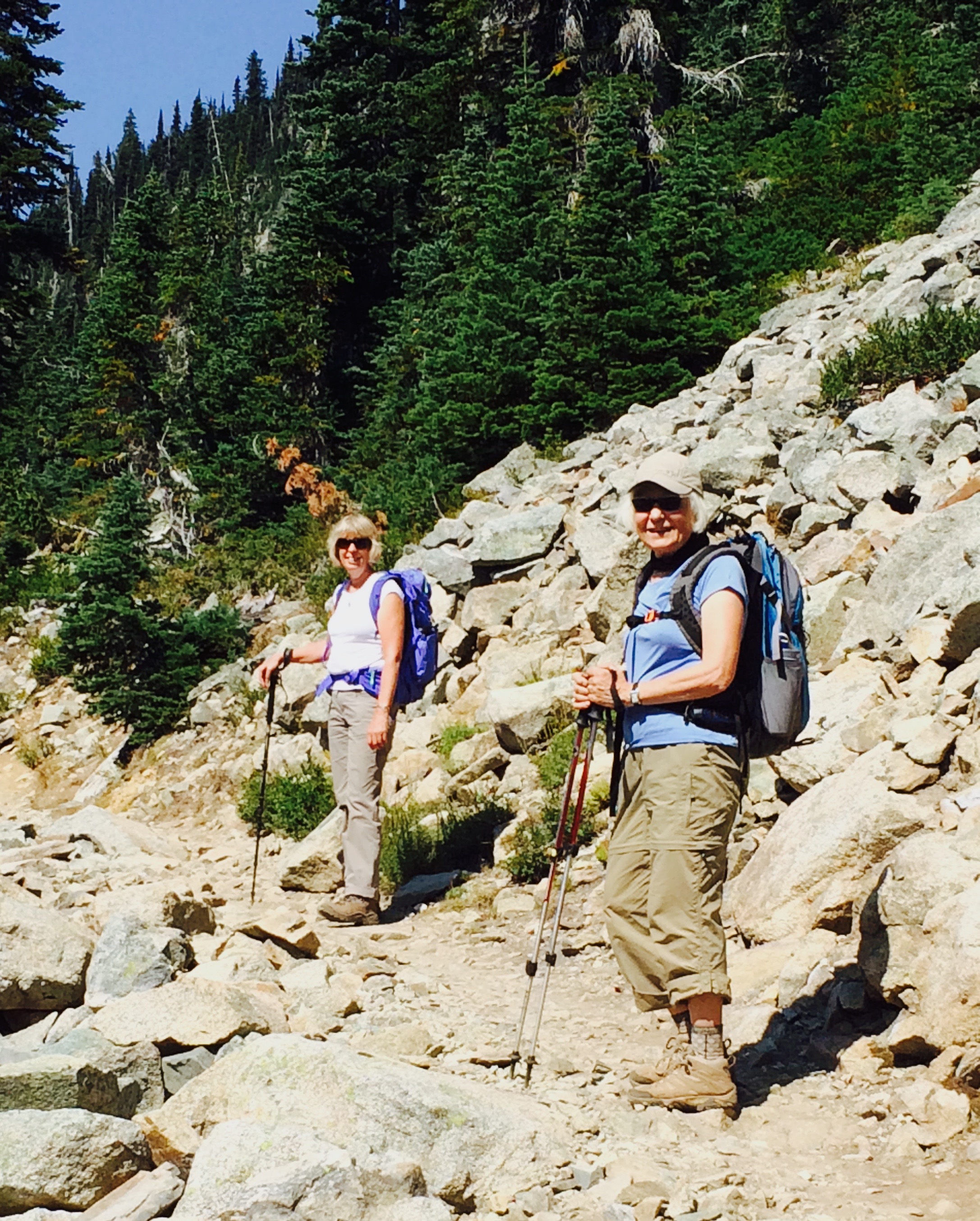 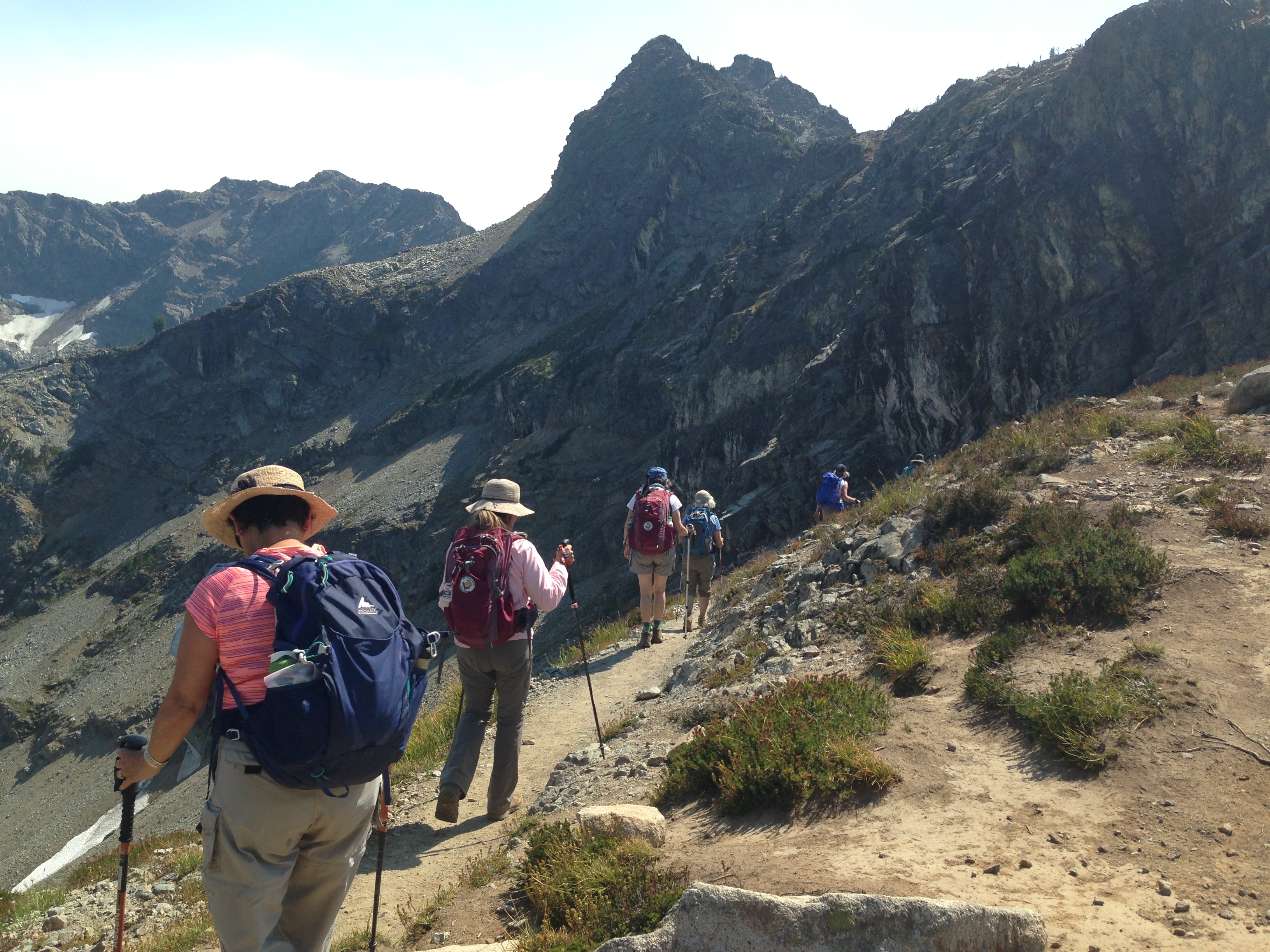 Up, up, up to Maple Pass 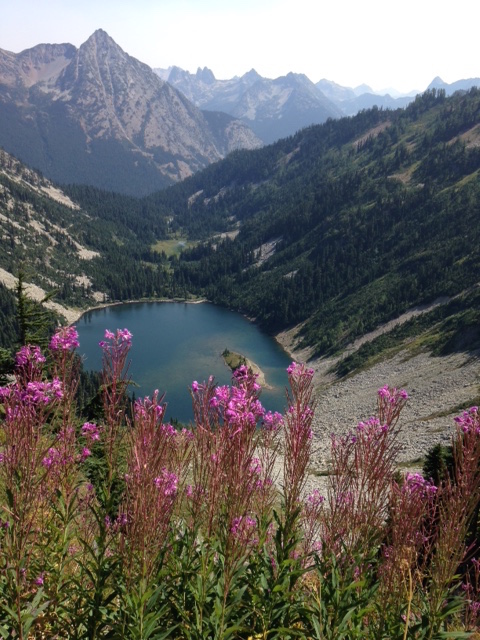 A beautiful lake view on the Maple Pass Loop 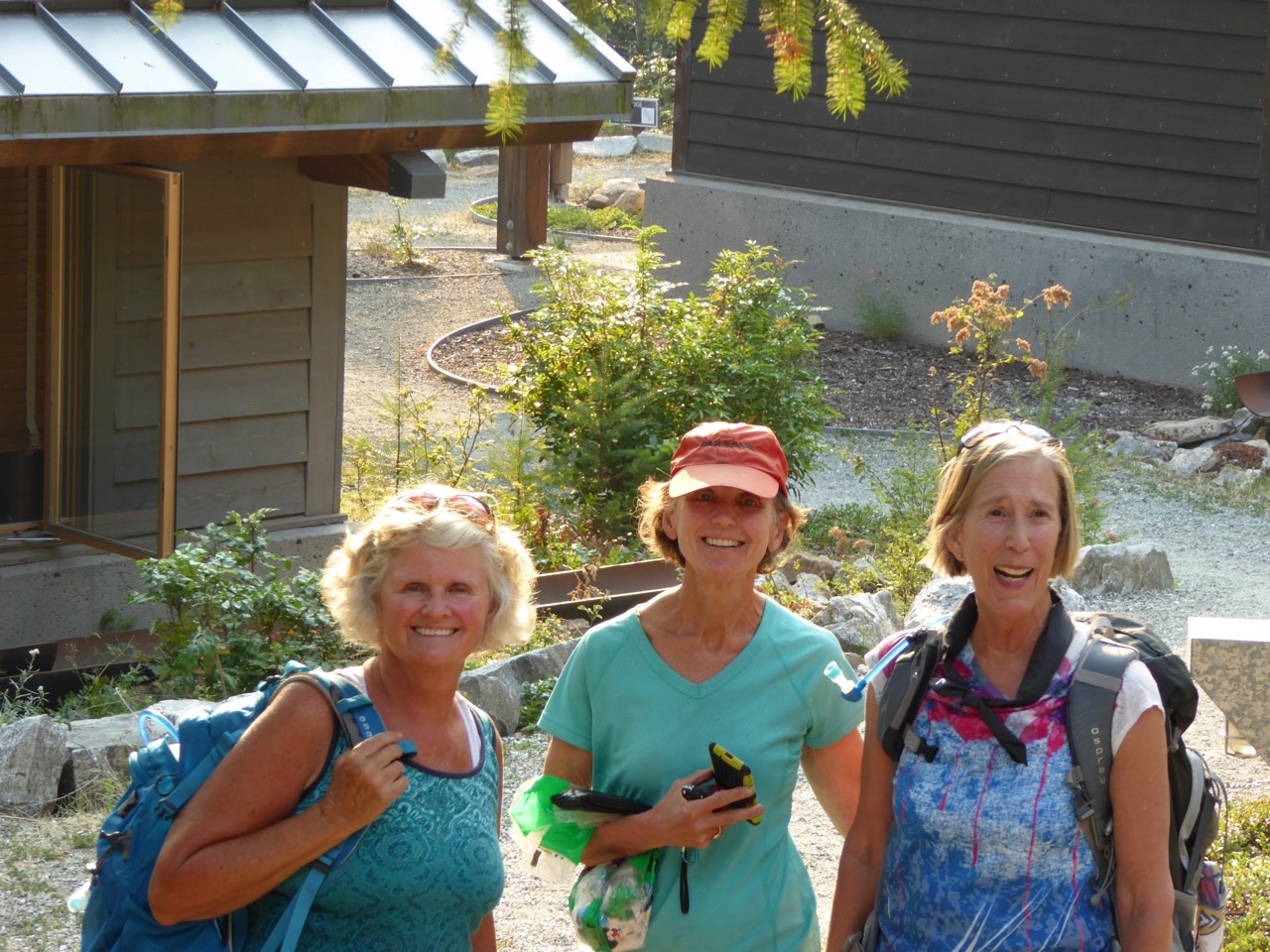 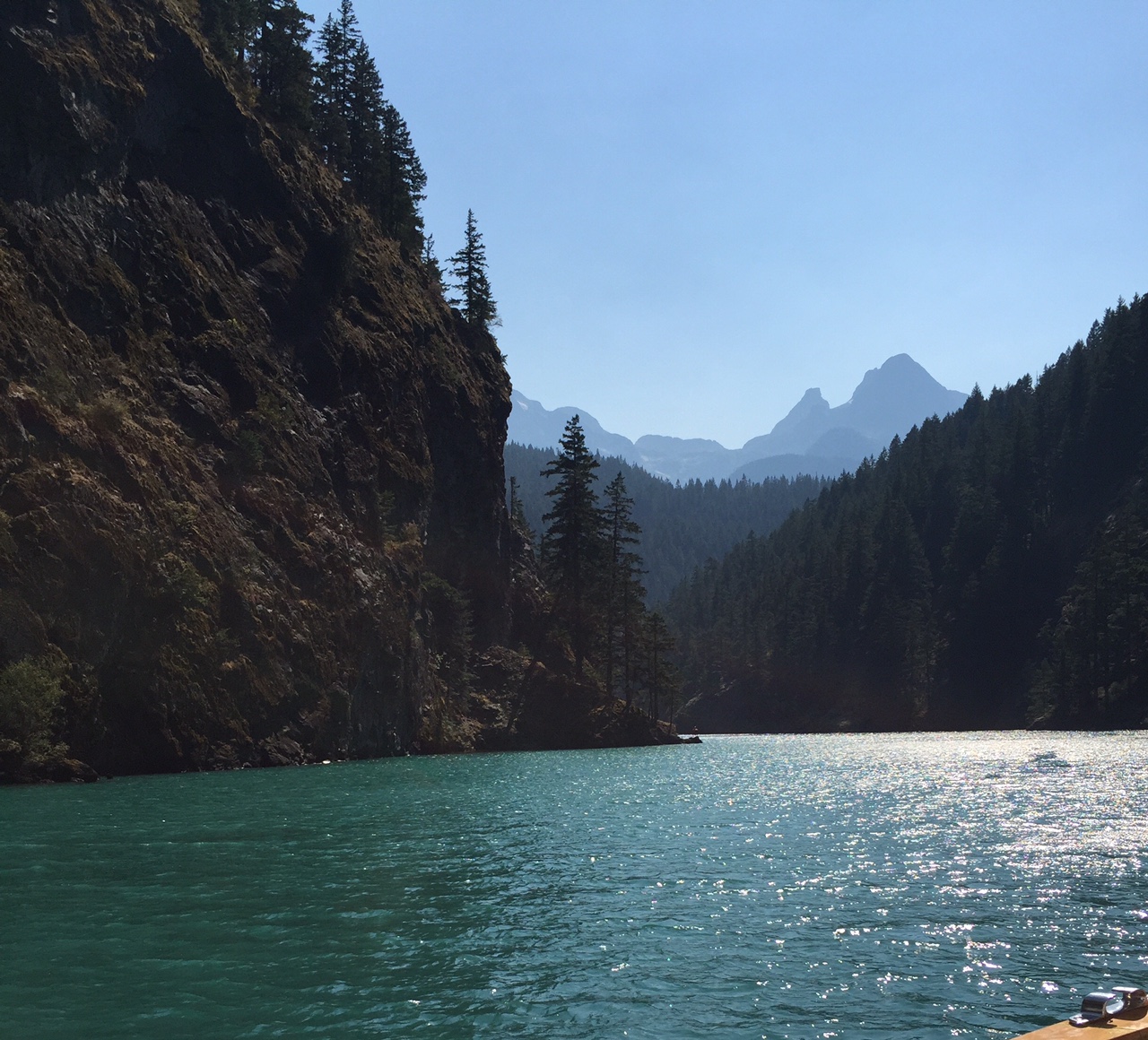 View from the ferry 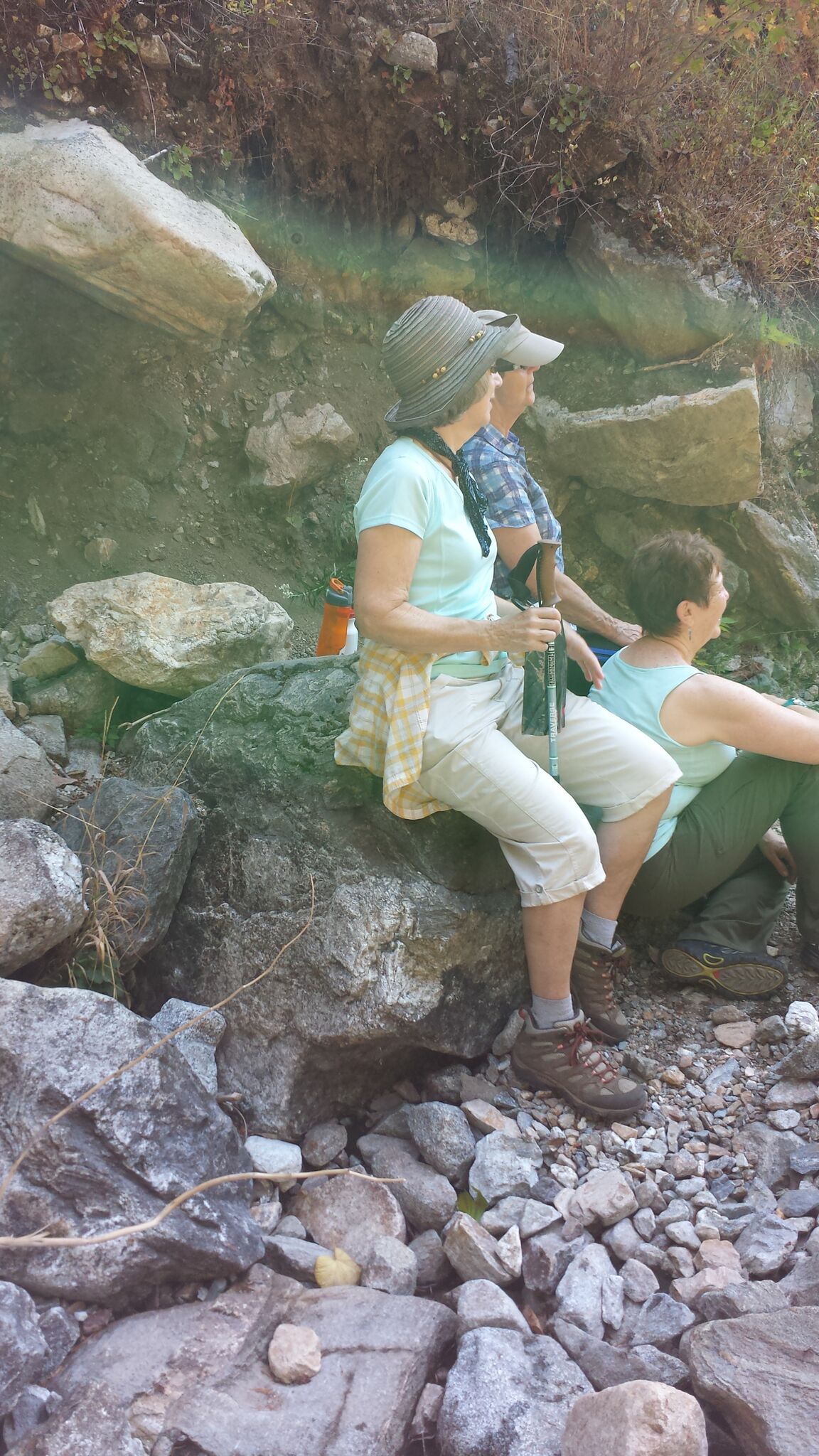 Sourdough Creek Trail: Marilyn, Dianne and Elaine getting their pic taken by Jeanne while posing for Helen

On our last night, some collapsed in their rooms while others sang beautifully in the lounge. 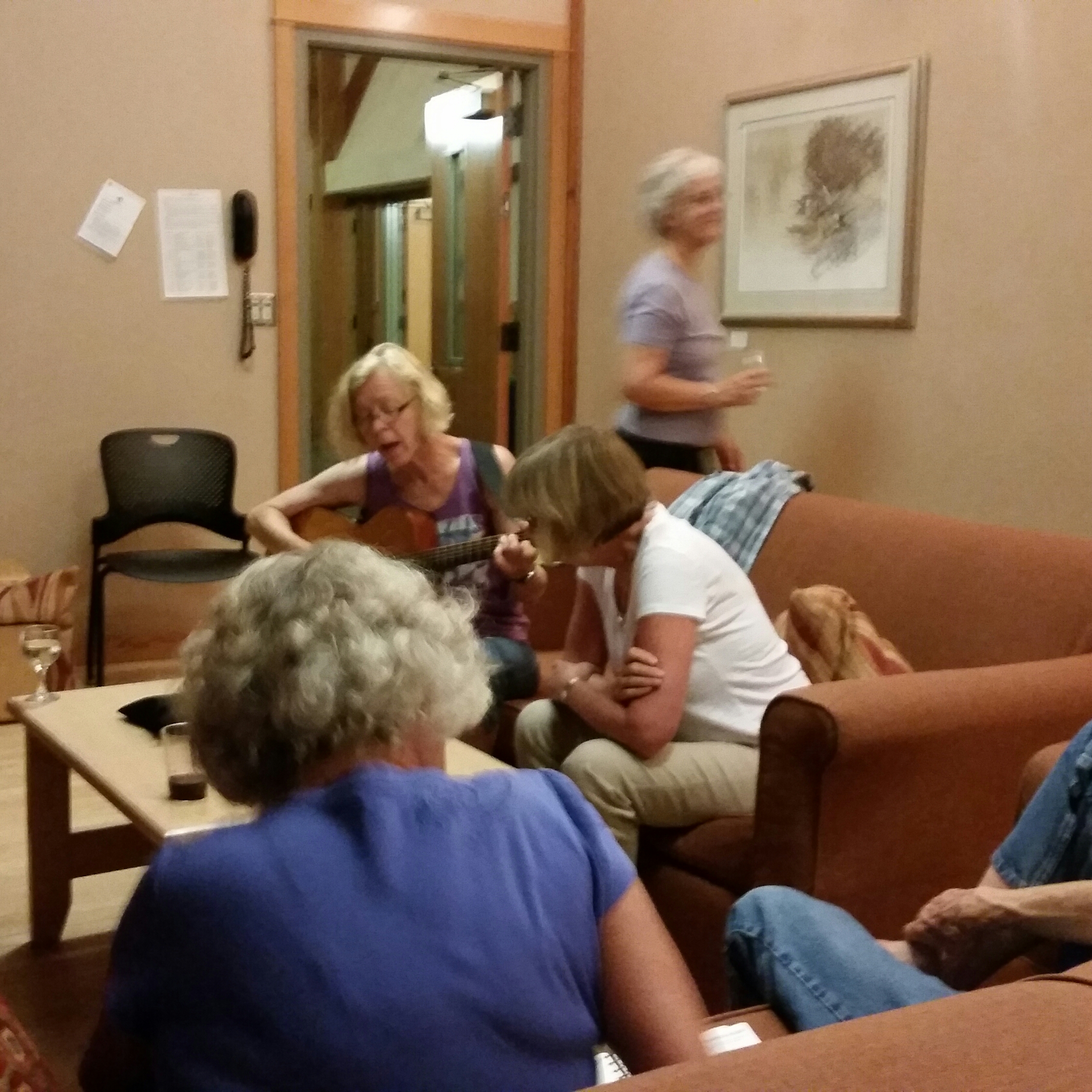 Singing in the lounge with Jen accompanying

On the last morning we said our goodbyes to each other and to the smoke, heading back to Bellingham with cooler weather and even some much needed rain! 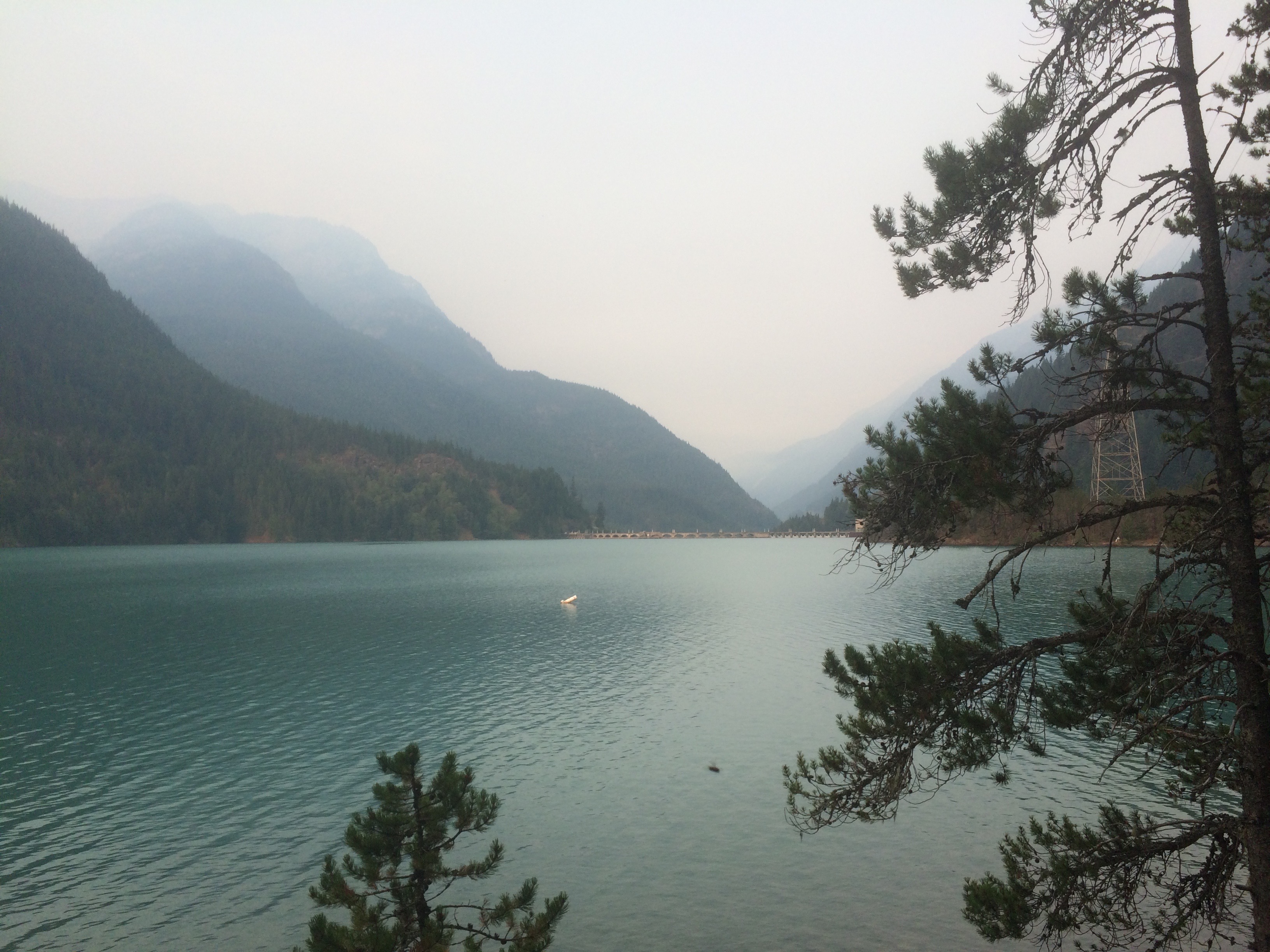 Only a few days after the retreat, fires in the Newhalem and Goodell Creek area grew, and threatened not only the North Cascades Institute and the hydroelectric infrastructure at the Gorge Power Plant, but also the North Cascades National Park Visitor Center, forcing evacuations.  Fortunately there was no loss of life, and the area opened again several weeks later. 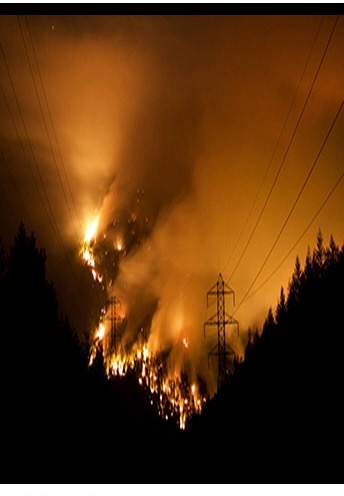